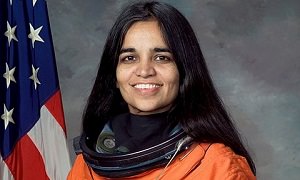 The two-day National Seminar on ‘Space Flight: Challenges and Opportunities’ was held in the auditorium of Punjab Engineering College (deemed to be university), Chandigarh on February 01-02, 2019. Notably, the seminar was conducted to commemorate the 16th  death anniversary of Dr. Kalpana Chawla, the star alumni of Aerospace Engineering Department of PEC, who disappeared in the sky during Columbia Disaster on 1st February 2003. The event was organized in association with Aeronautical Society of India (Chandigarh Branch) under the sponsorship of TEQIP-III.

Sh. Rajiv Rattan, Director, Science & Technology, Haryana was the Chief Guest in the Seminar where as Dr. S.C. Sharma was the Guest of honour. They inspired the young minds to achieve the target while dreaming high like Kalpana. The seminar was attended by more than one hundred & fifty delegates from all over the country including students, faculty, scientists, and personnel working in the field of space flight.

It was Dr. V. Adimurthy who delivered ‘Dr. Kalpana Chawla Memorial Lecture – 2019’ during inaugural session on day one of the event. The title of the lecture was ‘Space Exploration: Past, Present and the Future’ where Dr. Adimurthy talked about the quest of humanity to explore the unexplored. Starting from the earlier days of ISRO he described how learning by failing held ISRO to generate human resource for the country in the field of space flight. He then put light on some current news like, about achievements of ISRO, he pointed out the simultaneous launch of 104 satellites by PSLV-C37 on 15.02.2017. He put light on future exploration mission by ISRO where after Mars eyes are set on Venus, Titan moon of Saturn.

The first expert lecture was delivered by Dr. Pankaj Priyadarshi from VSSC on multidisciplinary design optimization of aerospace vehicles where he introduced the subject of optimization to students from very basic example of day to day life but finally linked it how it is useful in solving aerospace related problems. In the second expert talk Shri Shyam Mohan N talked about winged re-entry vehicles and ISRO experiments with reusable launch vehicles. These experiments were successfully conducted by ISRO and will be instrumental in India’s dream of manned mission to space. The final lecture of day one was delivered by Sh Ankur Nagpal, scientist from VSSC-ISRO, who discussed about challenges faced during establishment of 1-m Hypersonic tunnel at VSSC. The challenges were immense but were successfully resolved by hard work and team work of Indian scientists/engineers from over 600 industries and institution from all over the country.

The second day of the event started with the talk of Dr. Sudhir Kamle, Professor in the department of Aerospace of IIT Kanpur where he talked about material which are used during space flight and how material behavior changes in low pressure and low temperature environment of space and must be taken care of. He also talked about the success story of JUGNU – the student satellite program of IIT Kanpur.

The second lecture of the day was delivered by Dr. V. Ashok, Deputy Director of VSSC-ISRO, where he talked about aerodynamic and aerothermal problems in launch vehicles. He also gave insights on how problem solving is done in case of space vehicles where regulator norms are even stringent than atmospheric vehicles.

In the third lecture, Sh. Lazar T. Chitilappilly spoke about propulsion research on rockets and scramjet in ISRO. Shri S Rajendran, then enlightened the audience about launch vehicle structures and aero-elasticity problems in space vehicles. It was followed by final talk by Dr. Amarjit Singh of Aerospace Engineering Department of PEC where need of high speed research and facility to such research was discussed by citing examples of such facilities from all over the globe.

Dr. Rakesh Kumar, Professor & Head of Aerospace Engineering Department said that this was a rare opportunity where such a number of eminent Scientists from ISRO, Trivandrum have shared every aspects of space flight and discussed various challenges they faced and are likely to face. Dr. Rakesh advised the participant to take up research in the shared topics, interact with the speakers and contribute to the country in one way or the other. A lot of efforts had been made to gather such eminent speakers from ISRO and the success of seminar will be materialized if the challenges are taken up by the participants.

Dr. Parvendra Kumar, Associate Director of TBRL being the Guest of Honor during the valedictory function talked about the opportunities in the field of Aerospace and distributed certificates to the participants. 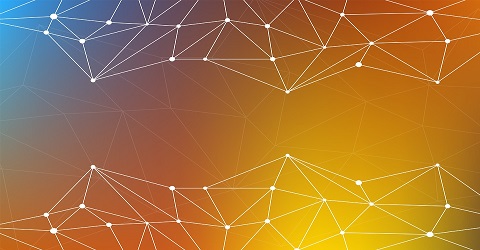 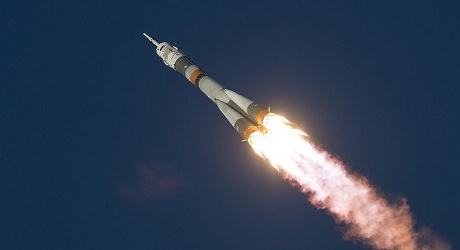 A National Seminar on ‘Space Flight: Challenges and Opportunities’ was held at the Punjab Engineering College (Deemed to be University), Chandigarh. Notably, the seminar was conducted to commemorate the 16th death anniversary of Dr. Kalpana Chawla, the star alumni of Aerospace Engineering Department of PEC, who disappeared in the sky during Columbia Disaster on 1st February 2003. 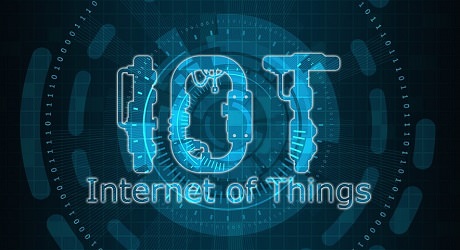 The Computer Centre, Punjab Engineering College (Deemed to be University), Chandigarh in association with Chandigarh Sub Section of IEEE is organized a Six Weeks Workshop on Web Development & Introduction to Programming the Internet of Things (IoT). The workshop comprised of theoretical and practical sessions on daily basis. Expert Lectures were also conducted during the workshop.